Cracks in the Trump-Europe relationship are turning into a chasm

London (CNN)For more than 70 years, the transatlantic alliance has served as the unshakable foundation of European stability and underpinned the values of the US-led Western order. In 2020, it appears that relationship is being rethought on both sides of the Atlantic.Earlier this week, the European Union declined to include US in its list of “safe countries,” meaning that American travelers will be unwelcome inside the bloc for the foreseeable future, due to the eyewatering US coronavirus infection numbers. Controversially, the list includes China — the country where the virus originated — on the condition of reciprocal arrangements.The US is more alone than ever, just at the moment the world needs its leadershipEU officials insist that the decision was not political and based entirely on epidemiological evidence, in the hope this would pacify US President Donald Trump, a man who has attacked the bloc on several occasions.However, others privately concede that had Brussels wanted to make the pill more palatable for an American audience, they could have added a sugar coating. “In the past, I can see that we might have not included China in order to keep the US happy,” says an EU diplomat not authorized to speak on record about how the decision was made. 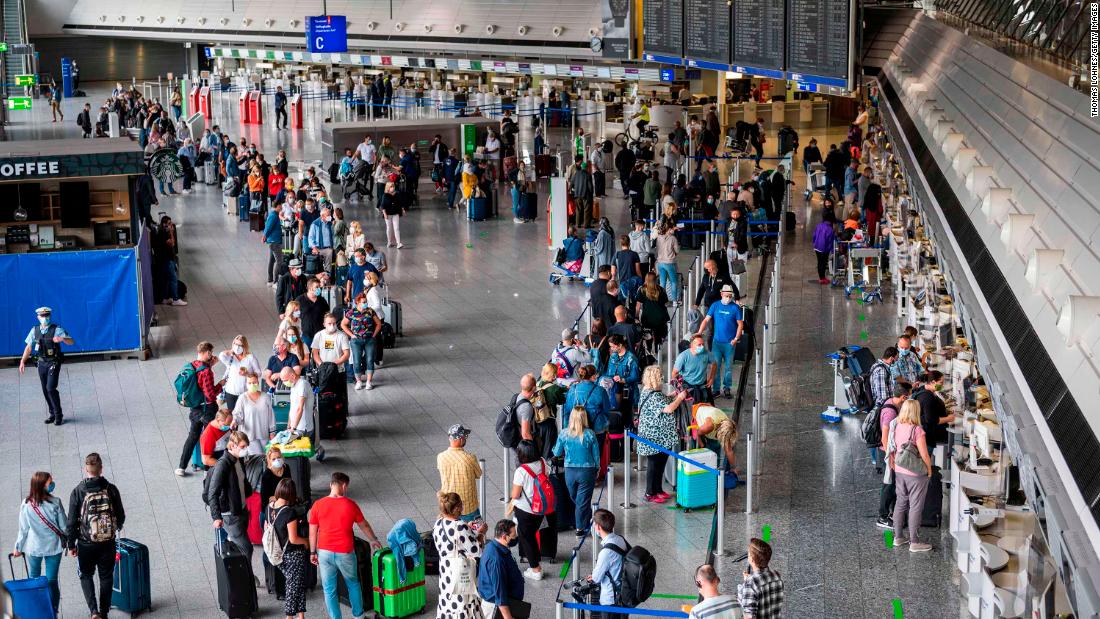 American travelers will be unwelcome inside the EU for the foreseeable future, due to the eyewatering US coronavirus infection numbers.It might seem a stretch to take this incident as evidence of a rupture in transatlantic relations, until you place it in the current geopolitical context. It’s no secret that Washington takes less of an interest in European affairs these days. And it’s well known that European nations actively seek greater diplomatic autonomy from America. This is especially true for the 27 member states of the European Union.One of the ways Brussels thinks it can distance itself from DC is by engaging with China as a strategic and economic partner, decreasing its reliance on one of the world’s superpowers by balancing its relationship with the other.In the past few years, Brussels has stuck to its guns on big, international matters as Trump tore everything up. Think of the Paris Climate Accord, the Iran Nuclear deal, 5G, and you start to see a pattern of behavior in which the EU could be perceived to have sided with China over its oldest ally. Sure, it might be a ungenerous read of the situation, given the deep, established bond between Europe and the US, but in this context, any perceived friendliness to Beijing punches a very real bruise.”Knowing what we know about China’s data, how it has behaved during the pandemic and the White House’s stance, I think in another world we would have kept them off,” says the diplomat. That other world he refers to isn’t simply the world before Trump took office. 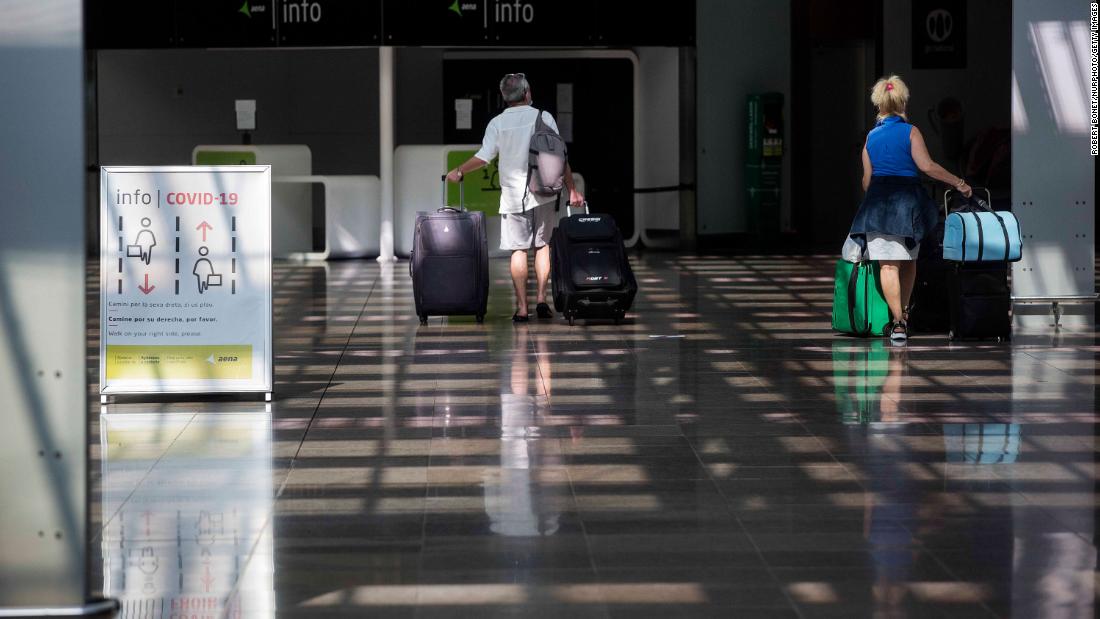 Controversially, the EU has included China — the country where the novel coronavirus originated — on its list of “safe countries” on condition of reciprocal agreements. One Brussels official who works on EU foreign policy but is not authorized to speak on the record said the shift away from Europe as a geopolitical priority began under former US president Barack Obama. “Obama didn’t have as close an interest in the Middle East as previous presidents, which is geographically more of a European problem. And he was shifting his priorities from Europe to China and Asia,” the official said.What EU’s new border rules mean for travelersHowever, longstanding observers of the alliance accept it has been strained over the past four years — and will worsen still if Donald Trump beats former vice president Joe Biden in this year’s US election. “Trump considers the EU, especially Germany, an economic and trade rival, which means tensions can be expected in the case he gets a second term,” says Velina Tchakarova, from the Austrian Institute for European and Security Policy. She says that as the EU is taking steps toward “building stronger autonomy in the field of security and defence,” Trump tries to “undermine such efforts through his attacks on the European NATO members as well as through economic and trade measures.”The Brussels official explains that Trump’s “break from multilateralism” on big international matters like Iran, coupled with the US taking “less responsibility in European security” has accelerated European thinking to take a step away from America and “do our own thing on the world stage.”This characterization of a hostile US administration that goes out of its way to avoid working with Europeans is one that the EU diplomat recognizes. “The problem is, officials in DC who want to work with Europe, while in contact, don’t have the mandate from the government to engage in any serious way. They have hung on as long as they can but if we get a second Trump term, then we are in real trouble.” 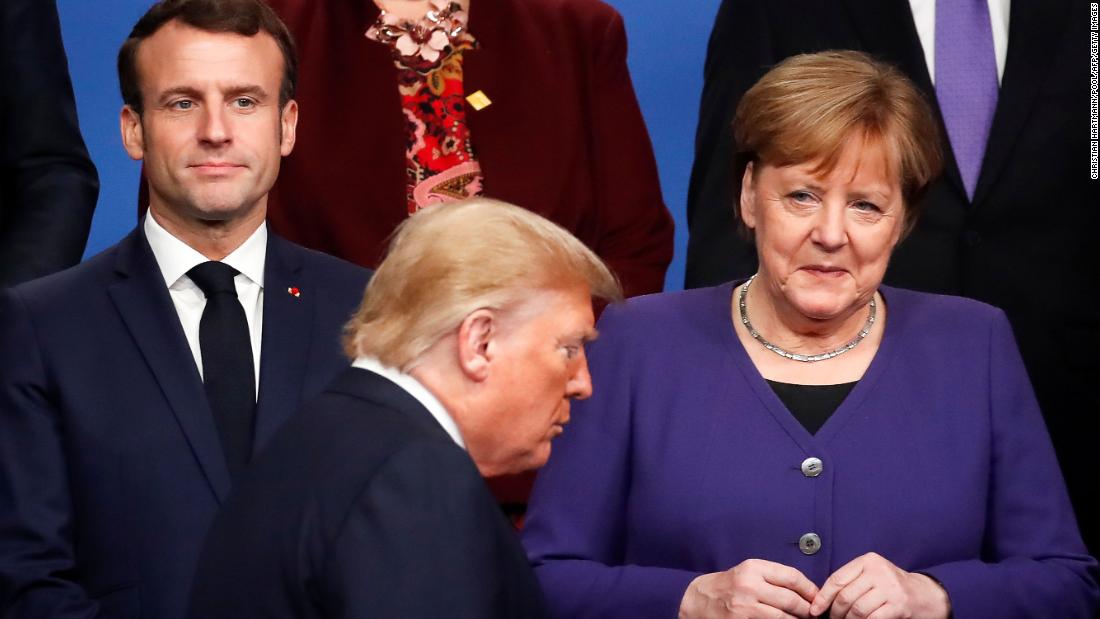 President Trump has criticized the bloc on several occasions. This, according to Tchakarova, is why “EU institutions and leaders of the member states hope that Joe Biden will be elected in November … he is in favor of multilateralism and the expectation is that he will strengthen the ties between the USA and Europe.”CNN approached numerous officials from the EU institutions and diplomats on both sides of the Atlantic for comment. Most declined to comment; several conceded that they believed this to be the case. One European diplomat said: “We’ll dance with whoever is on the dance floor, but it doesn’t take a genius to see that the EU-US cooperation is currently underperforming.”Asked to comment on a potential pivot by the EU away from its historical ties with the US, a State Department spokesperson said: “The United States and the EU share a strong, enduring partnership based on common democratic values and governance, respect for human rights and the rule of law, deep economic ties, and a commitment to Transatlantic prosperity and security. This longstanding partnership is vital as we coordinate on a host of international efforts.”However, a potential Biden victory would provide no quick fix for the transatlantic partnership. “The question is not really if you can get the relationship back to where it was, but if we can persuade the US to re-join the Western order,” says the EU diplomat. “The US and EU geopolitical pivots on Asia, the Middle East and trade have respectively already begun. The difference at the moment is we think the West should be pivoting as one.”And even if Biden did go back to Obama-era policy on Europe, there is no guarantee that in four years’ time he wouldn’t be replaced by someone even more radical than Trump. “The fundamental shifts going on in the US will probably remain and we have to adjust, making the best of the relationship we can. These shifts, they are structural and they are not just based on one person,” says the Brussels official.Of course, none of this means that the transatlantic alliance will stop being important. It will remain central to what the West represents, and the US will always be a more important ally to Europe than China ever could be. Besides, the EU’s big plans to engage more with China were dealt a major blow by the Covid-19 outbreak.However, that fading veneer of warmth — with Europe seeking a new place on the world stage as the US’s global role becomes inherently more unpredictable — can only be seen as good news for those that these historic Western powers were united against not so long ago.